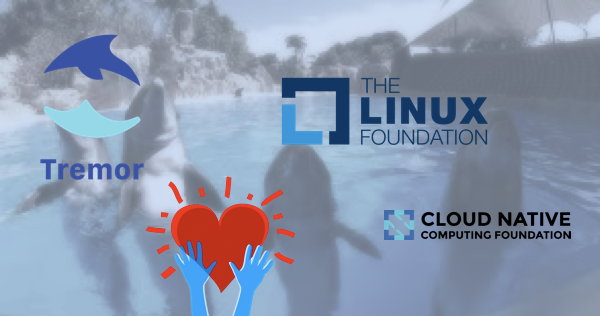 Tremor is an open source event processing and data distribution engine designed to interpose or intercept data in complex systems primarily to inject quality of service, correct data flows and to enrich or support complex traffic shaping, routing and load-balancing based on contextual, situational or content derived dynamic conditions.

Tremor has been in large scale global production at Wayfair now for 2 years and is gaining adoption in other organizations.

In this release; we return to tremor’s roots and focus on quality of service by adding linked-transports to interpose RPC-like and synchronous-blocking protocols; we add circuit breakers to manage upstream and downstream byzantine events; and we provide mechanisms that offer shades of delivery guarantees or intrinsic transactions that when combined with suitable upstream or downstream systems can produce lossless data transfers for certain routes, whilst remaining best effort for routes that do not support lossless delivery or recovery in and of themselves with minimal loss.

Last, but most importantly - this is the first release of tremor as a Linux Foundation / CNCF early stage sandbox project. We would like to thank everyone at Wayfair in Boston and Berlin, the Linux Foundation and the CNCF who facilitated, helped, nurtured, transitioned DNS entries and worked with the legals to make this transition to fully open governance happen. A huge thanks to Chris and Amye at the Linux Foundation.

Read on for details after these headings

The maturity of concurrency and synchronization primitives within the rust programming language has transformed massively over the past 18 months. As these primitives have now stabilised, and libraries based on these primitives are now stabilising we have migrated the tremor runtime model to be fully internally asynchronous, non-blocking and task-driven where possible.

There are still code paths within tremor; such as in kafka adapters that integrate with native libraries where a configurable number of threads can be configured and spun up - but we no longer have a thread per pipeline model.

This means tremor application designers can now configure, deploy and run 1000’s or pipelines in the same instance of tremor. In concert with the modularity theme in tremor v0.8 the quality of life/service theme of v0.9 further expands the flexibility available to tremor application designers and operators to design very high performance and highly efficient data processing and distribution solutions based on tremor. 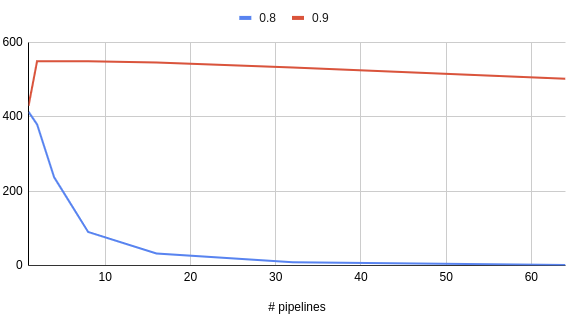 The new unified command line tool tremor can generate auto-completion for your shell ( anything from zsh to powershell ), generate documentation for your modules, run tremor, debug the language intermediate forms, and has benchmark, integration, command-driven and unit testing frameworks built in.

Everything is syntax highlighted and should conform to whichever theme you have running in your terminal. It’s like a swiss army knife - but more reliable because its German but cool, because it’s a Berliner ( in the JFK, not cake sense … )

Linked Transports allow bidirectional event flows in a request/response style to be built and routed through a tremor pipeline. This enables Tremor users to introspect, route, or even directly reply to incoming messages and intercept and manipulate outgoing responses. Tremor can thus be used as proxy, load-balancer or API-Gateway before or in between existing REST APIs or websocket servers.

Users can now support and host their own domain specific REST APIs that can interact with the wider ecosystem of systems interconnected with tremor - roll your own control plane and consolidate to a single pane of control - without deploying a separate solution or service.

(note: replies can only be delivered to feet in 0.9, we’re trying to extend that to other limbs in later releases)

The signal and contraflow control events within Tremor have been built upon in v0.9 to provide an event acknowledgement mechanism - this in turn provides the foundation for guaranteed delivery and circuit breakers, which enables finer grained declarative quality of service mechanisms within tremor.

We can now configure tremor applications or algorithms to pick up where they left off even if the tremor processes are killed and restarted. Under certain conditions ( based on configuration ) we can recover entire end to end flows - such as the lossless distribution of messages across kafka sources and sinks regardless of which participant dies and restarts.

Of course, if you choose UDP we cannot guarantee lossless delivery but tremor even on a horrible quality network should still minimise loss and recover gracefully - it just won’t do so without message loss unless there’s some application level handling of recovery.

Fully lossless transactional delivery is 10% the throughput of regular data distribution. It’s as slow as Apache Kafka for now - but we will put effort into tuning performance here if the use case arises.

Delivery guarantees, describes a set of functionality that improves the delivery guarantees of a tremor system. What guarantees can be given depends heavily on the upstream and downstream systems and the protocols used to communicate with them.

Tremor’s proposal to to adjoin the CNCF as an early stage standbox project was accepted by the CNCF TOC and formal onboarding into the CNCF began and completed on time in September. This means that the tremor project’s copyright is now held by the Linux Foundation on behalf of the maintainers.

In practice what does this mean? Day to day there is no impact - currently all maintainers of the tremor project are sponsored by Wayfair. But the project now also has the support of the Linux Foundation and the CNCF and this in turn makes it easier for external organizations to adopt and contribute to in support of their own business needs and open source governance strategies.

Tremor is visible on the CNCF Sandbox Project page and via the CNCF Landscape. The tremor project can now access development services form the CNCF and LF ranging from artwork and website design through to visibility, marketing and promotion of the project at LF, CNCF and other conferences and events.

On the CNCF Slack: https://cloud-native.slack.com/messages/tremor

Published by The Tremor Team 16 Oct, 2020 in general and tagged releases using 1478 words.